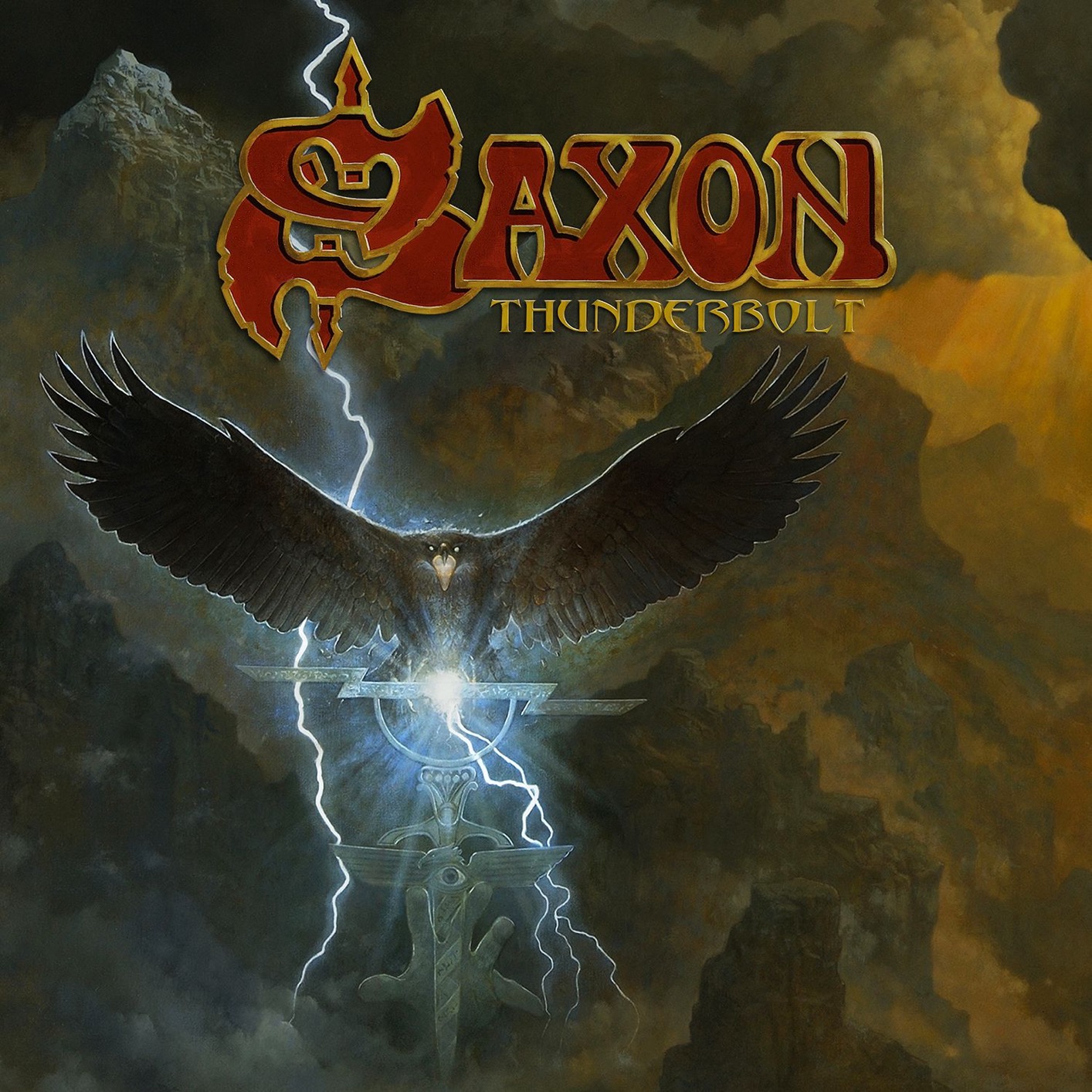 Saxon are back with their twenty second studio effort entitled “Thunderbolt” and once again have brought another solid offering of Heavy Metal numbers that will please old school fans as well as newer fans of this generation. Now obviously its no spoiler as Saxon have been on a steady run of quality work for the past few years. However, I feel this album sticks out a bit more than say “Battering Ram” or even the very quality output “Sacrifice”. Opening with the very atmospheric instrumental “Olympus Rising” we see the band head into the title track which at first didn’t grab me as hard but after repeated listens it just amazes me that the band still sounds so visceral and tight. Biffs vocals are still just as powerful with his older age adding a bit more grit throughout the years. The band then heads into another high energetic number with “The Secret Of Flight” keeping up the epic pace with almost borderline Power Metal influences.

The track “Nosferatu(The Vampire’s Waltz)” has this awesome Gothic undertone with a haunting chorus throughout and works for Saxon I think it is something different that keeps your attention throughout. Probably the most emotional track on the album is “They Played Rock N Roll” in the sense of being dedicated to Motorhead and played in the true Motorhead Punk/Speed fashion. It is a great testament to the band considering no members of the classic line up are with us anymore. With the next few songs the ban really focus on keeping the consistency on Heavy grooving traditional driven cuts with the mid paced but catchy “Predator” with some death metal vocals that actually work quite well for the tempo and overall character of the song. “Sons Of Odin” has this old school epic metal sing along feel to it I really like that we once got from the likes of acts like Dio. the latter part of the album keeps up with more galloping riffs in songs like “Sniper”, “A Wizard’s Tale” and the almost throwback to “Motorcycle Man”: Speed Merchants. this song is just as lethal and is one of my favorites presented and shows Saxons roots at its full extent. Finally, we have “Roadie’s Song” which is a good closing mid paced classic sounding track that caps of a very consistent album.

Saxon are like bands Accept and a few others in that they can release many albums this late in their career with a sound that honestly doesn’t change much. For some bands has become a death knell in the sense of my interest of their new releases becoming less and less each time. However Saxon accomplishes to keep this album more fresh with a good amount of creativity put into alot of these songs with the classic sounds, more experimental moments and some welcomed surprises. I’d say this is a strong output and will be able to please just about any Saxon fan out there.