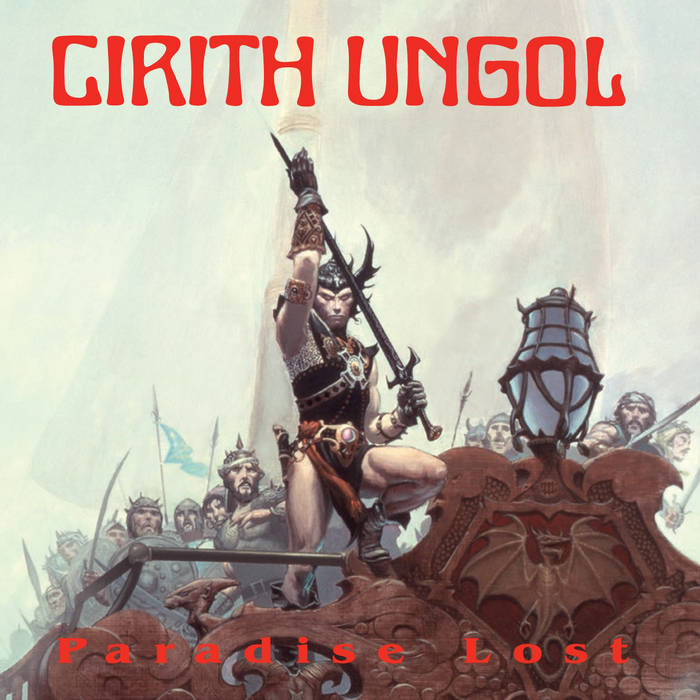 Ahhh, here we finally are. The final album released by Cirith Ungol and perhaps their most mysterious. The album was released in 1991 when Cirith Ungol unfortunately were not in the greatest shape. Jerry Fogle had left the band and had been replaced with newcomer Jim Barraza bringing more of a straight forward Heavy Metal flair to the band. In the end, this album would be perhaps the groups most straight forward album they would ever release and one that production wise and more widespread appealing in terms of style should have put them in the big spotlight. Unfortunately with major spurs with their record company, the band decided to split up until their recent reunion in the last year. Now throughout this whole retrospective, this is the album I was most excited to talk about because it is my favorite and as you read on I’ll explain why this album should have been a classic but instead fell into the dark for years.

1.Join The Legion- Honestly the first time you hear this song, until the vocals kick in you would not think this was Cirith Ungol. From the big even production to the more traditional guitar playing, this song is a chugging mid paced Heavy Metal anthem. Honestly I think this has been one of their staples among fans for the simple chorus that works very well. The soloing is noticeably more different as well being more straight forward than having more of a progressive edge it it. However, in these particular songs on this album, it works well. A great opener to a somewhat reborn version of the band.

2.The Troll- The mid pace sticks to this song with that progressive edge showing through a bit more. I especially like the vocals on this sign and the melodic guitar play it adds just that extra flair. The chorus is the only thing I felt that could have been a bit stronger for this song though.

3.Fire-I have to say I fucking love this cover. The song being such a weird psychedelic song as it is, is perfect for a band as unique as Cirith Ungol to cover. Even though the band play it more straight with no surprises or anything, it still is such a good and very heavy cover that flows with the album.

4.Heaven Help Us- This is easily the most accessible song the band has ever written.  The heavier melodic nature is definitely more reminiscent of the mid 80s than the time this album was released. Perhaps the biggest difference is the cleaner vocal style which essentially hasn’t existed in the band up til this point. Overall, I think this is a decent catchy heavy metal song but is very foreign to the bands sound which im sure alienated some fans.

5.Before The Lash- This song hearkens back more the sound of the first album album with that doomy late 70’s grooving riff in your face. A simple song not much to say.

6.Go It Alone- This sounds like a glam metal song straight from the beginning. Coupled with Bakers screeching vocals, it weirdly works. I can see how people get turned off by this song as it sounds like an attempt at a hit song but not quite. It is definitely a fun rocking song and like I said it just weirdly works.

7.Chaos Rising- Opening with some king diamond esque rhythm sections, the song goes into a slow ballad-like build and pays off becoming possibly my favorite Cirith Ungol song of all time. It definitely is the highlight on the album and retains a heavy straight forward Power Metal edge with a simple but very effective chorus. Barraza’s very sharp soloing is also a major highlight here as well.

8.Fallen Idols- This is another simple song with a doom mixed with power metal sound that works for another epic tune on the album. With the bigger production as well this song really shines especially in the guitars. The simple chorus is again one of the best on the album and is the centerpiece to this song as a whole.

9.Paradise Lost- Much like “Chaos Rising” this song is one of the most epic the band has ever written and has a more frantic feel to it much like the bands earlier albums. Honestly for the last song we would heat the band record, I feel it is an amazing testament to the band as a whole. They really give it their all here with also the best ending song on any of their albums. Bakers intense screaming during the chorus is just a cherry on top as the song ends the bands strongest album that unfortunately went unnoticed.

Overall, as the band were dealing with immense problems, they managed to create one last album that honestly stands on top as their most powerful and best produced. While there are some tracks that have a very different feel than most fans would be used to, the overall sound of this album show Cirith Ungol becoming a more supercharged version of themselves. If this album was released in 1987, Perhaps their fate would have been very different. Either way, the album finally saw a proper re release last year and the band has come back for a reunion even bringing back Greg Lindstrom and Barraza returning as well with new wave heavyweight Jarvis from Night Demon handling bass duties. Cirith Ungol have indeed returned and this album will always stand the test of time as their strongest to me.